Printable Voter Guides will be available the week of September 21

Use Vote411.org while waiting for the printable guides

Hear the candidates' responses in their own voices

The League of Women Voters Oakland Area Michigan guides you through the absentee ballot process for the November 3, 2020 presidential election.

Learn more about the League of Women Voters

Read about us to learn more...

The League of Women Voters is a nonpartisan political organization encouraging the informed and active participation of citizens in government. It influences public policy through education and advocacy.

In the interest of public health, candidate forums for the August primary will be recorded and made available for public viewing. Check the candidate forum schedule to see what races will be covered.

The League of Women Voters Oakland Area stands in solidarity with those grieving the loss of George Floyd and condemn the horrendous circumstances of his death. We join the Minnesota League in "urging law enforcement officials to provide transparency during this investigation, and to seek justice for him, his family, and his community." Our commitment to diversity, equity, and inclusion compels us to advocate for government and community reforms that seek to root out systemic racism. We commit to amplifying black voices and educating white allies to create an anti-racist organization. The League of Women Voters' mission is to expand the rights of all people to exercise their voting rights. This includes ending the disenfranchisement that disproportionately affects black people and demanding that elected officials be held responsible for policy choices that disproportionately target and destroy black people and families. 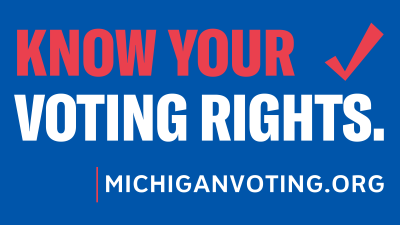